It was an accomplishment just to get it called back to the Assembly Elections Committee on Thursday after it left the Senate on Tuesday. This was not a given. The SoS and CACEO were claiming that the amendments were just a “clarification” of the law. Had that interpretation held, AB 840 would have gone straight to the Assembly floor. But we were able to a least avoid that, and had a chance to make our case. We lost in committee, and in the legislature. It’s not always wise to stand up in front of a freight train, but we were standing up for transparency & democracy. I’m proud of everybody who contributed to this cause.

Elections matter, and they are being attacked from the outside and the inside. The foundation of election security is based on paper ballots and random hand counts of the ballots. Section 15360 of the Calif. elections code requires a 1% random “audit”, specifically a “public manual tally of the ballots, including vote by mail ballots …”. This means all vote by mail ballots. San Diego registrar, Michael Vu, was not following the law, along with half a dozen other large California counties. In 2016 Democracy advocate Ray Lutz sued, and in the case of Lutz v. Vu_, Superior Court Judge Wohlfeil agreed last fall with the straightforward interpretation of the law, we must include _all vote by mail ballots.

On August 24, the authors of AB 840 inserted last-minute amendments that exempt millions of vote by mail ballots from the manual tally. The language AB 840 adds to section 15360 is below is in underlined text. The section says that officials shall conduct …

(1) (A) A public manual tally of the ballots canvassed in the semifinal official canvass, including vote by mail ballots but not including provisional ballots, cast in 1 percent of the precincts chosen at random by the elections official. They made nearly identical changes in sections (2)(A) and (2)(B). Read the sections.

The key phrase here is semifinal official canvass. It means the totaling and reporting of results on election night (Section 15150). It includes ballots cast in the precincts, and vote by mail ballots that are fully processed and counted by election night. When you see the phrase “100% of precincts reporting”, that’s the semifinal official tally, Unfortunately, it leaves out that evening’s many unprocessed ballots, ballots that arrive Wednesday through Friday, and all provisional ballots. Millions of them.

The authors, Assembly members Quirk (D-20), Obernolte (R-33) and Gonzalez Fletcher (D-80), snuck in these amendments at the last minute, August 24, months after passage of AB 840 by the Assembly Elections Committee (March 22), by the full Assembly (April 20), and by the Senate Elections Committee (June 6). This means well after the amendments could be properly considered by knowledgeable legislators, experts and by the public. Last minute sneak amendments are intentional, and designed to dodge expert and public scrutiny.

Over half of California now votes by mail, and that is growing. Many counties will be sending vote by mail ballots to everybody in the future (see SB 450). The very many ballots now allowed to arrive three days after the election will not be audited. The LA Times reported on November 10, 2016, two days after the election, that over 4 million ballots remained uncounted. They were mostly mail and provisional ballots. This can change elections. Legally exempting millions of ballots from scrutiny is an open invitation to large scale election fraud.

The Progressive Democrats of America (PDA), Voting Rights Task Force (VRTF), Open Ballot Initiative (OBI), Citizens Oversight Project (COPS) and democracy advocates across the California insist the authors cut section 15360 from AB 840, or pull it from the Senate floor. Barring that, we insist that Assembly call back AB 840 to the Assembly Elections Committee in order to review the radical changes added August 24 without its approval, the Assembly’s approval, or Senate Elections Committee’s approval.

Mimi Kennedy wrote an eloquent OpEd for the LA Progressive, Brad Friedman interviewed me about AB 840 on his radio show. If you prefer video, the above video is me speaking clearly about AB 840 on September 1 (7 1/3 mins). 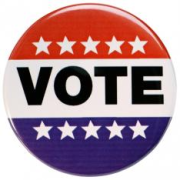 Jim Soper has been a democracy advocate since 2005. He is co-chair of the Voting Rights Task Force, and author of CountedAsCast.org. He has also been a senior software consultant, and teacher. Visit Jim's website.

5. The Trials and Tribulations of Trials

October 8, 2017
Check Also
Close
Get social with us on …
Categories
Facebook Twitter WhatsApp Telegram Viber
Back to top button
Close