H.R. 1, the For the People Act, is an omnibus election reform bill introduced by Rep. John Sarbanes. It was amended and passed by the House, and will now be taken up by the Senate.  As groups with expertise in election security, we believe it misses some key elements that are absolutely necessary for secure elections.

Your organization is invited to endorse this effort. We're also accepting endorsements from individuals in leadership roles in the area of elections, such as elected officials or leaders of organizations.

We will be accepting endorsements until 5pm (Pacific) on Monday, March 15th — this deadline may be slightly extended if Senate scheduling permits.

Please list your name, the name of the org, and whether the org is endorsing, or the name of org is for ID purposes only.

The For the People Act 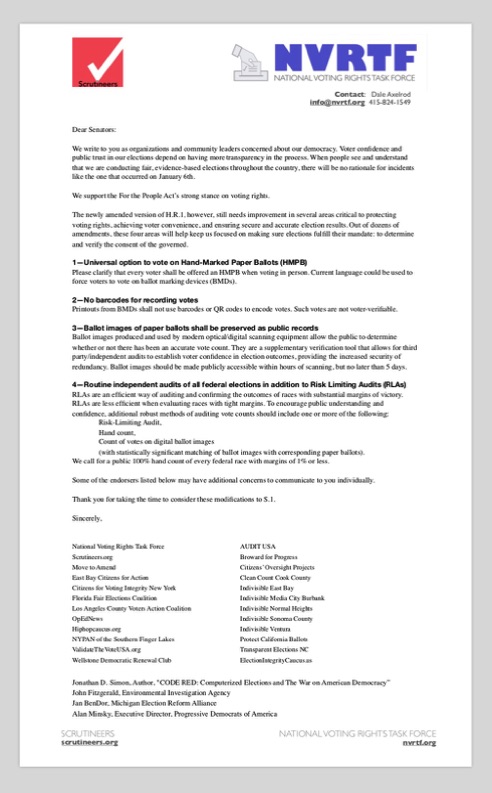